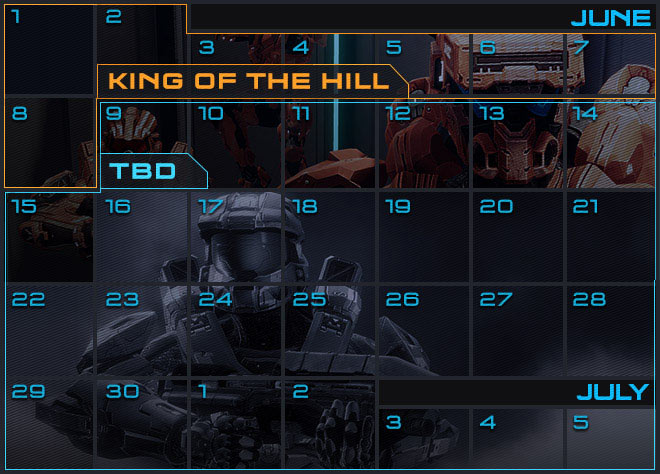 
Well, certainly in part because classic playlists like Team Objective were gone. Why decided to take it out still confounds me to know end.

Well, it does for me anyway. So, if you want to see what all the hub-bub was about, I invite you to check out my twitter feed at: So I played several games of Paintball yesterday and had a blast. I played a couple on my own, then a few with my friend, Brent. After a few games I brought in another friend, Erickyboo and then a surprise… Petetheduck himself!

A site by a Halo fan for Halo fans

So when he popped on, I sent him a game invite and he joined in for several games. It was quite fun playing with the fella who created the map itself. BTW, Pete did pretty darn good in those games… Pete joined another party of friends while Brent, Eric and I partied up with a bunch of other friends. I was out to have fun and get those Plasma Pistol kills! The game is pretty fast paced with nearly everyone spamming plasma shots from the get-go. I got kills from across the map this way and was also killed that way too…. Rounds tend to last no more than seconds or at least it seems like that.

I had some really good games and some not so good. I knocked out more than 70 plasma pistol kills yesterday. I have no clue if any of my campaigning for it helped get it into matchmaking. Today is first day back for Team DLC. This playlist will only be available for two weeks folks.

So, if you bought the DLC, jump into the playlist and get your monies worth!

Also, the fun new Paintball gametype has been added to the Action Sack playlist. I want to finish the commendation for Plasma Pistol kills! If you want to game with me in either playlist over the next couple of weeks, send me a game invite to my gamertag: The Rocket Race playlist is now available, and will be playable until January 6th.

In this game type, players race with a Mongoose, partner, and Rocket Launcher to each checkpoint.

The game type is available on the following maps: I will say that it is bit frustrating not being able to play on DLC maps paid for. I for one am of the mind that there needs to be a DLC specific playlist. Yes, map sizes vary widely so some DLC maps may be better than others depending on party size. Team Slayer DLC 4v4: Broken up like this, there is a good distribution of maps per DLC playlist. While a couple of them may seem a bit tight for 8v8, they are definitely a bit too big for 4v4. Regardless, population is low. So how do we get these two playlists without affecting the regular population much?

Consolidate the current playlists a little. We need to have Team Objective again. CTF needs to go into that playlist. It will be the big draw for that one. This site uses cookies for analytics, personalized content and ads. By continuing to browse this site, you agree to this use. My phone browser can't get to any playlist information. So can someone tell me what playlists Pitfall is in.

Show More Show Less. Pitfall is in the following playlists: Not seen it come up, but as long i know i'm in the right playlist, hopefully i'll get to play it once or twice. I played it for the first and probably last time yesterday. DLC maps have such a low chance of appearing its like winning the lottery.


They should just make a DLC playlist.. I don't think I've played a match on a DLC map almost ever. Kind of ridiculous considering we pay money for the maps and then never get to see them in rotation. This post has been edited by a moderator. Please refrain from making non-constructive posts.

While that hasn't happened yet, did confirm the next special playlist, Team Doubles.

It comes out next week on Valentine's Day see what they did there? Got a news tip or want to contact us directly? By Eddie Makuch on February 10, at 5: